Fech The Ferret 0.5.2alpha - Hard to call it a minor update 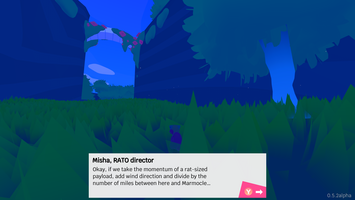 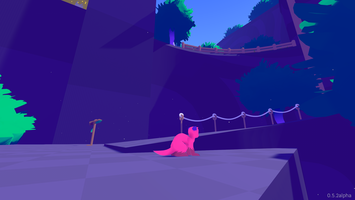 With significant delay, here's the last build for the 0.5.Xalpha cycle! Rather than a simple set of fixes, this version brings a lot of small improvements and a new occlusion system, anticipating the next set of updates which will be more focused on optimization. Have fun and please tell me about your performance! (Discord RaoulWB#1578)

CHANGES:
-Added UI sfx alongside some quality of life improvements
-Minor level design fixes in Cava Rattina
-Removed collisions for outer geometry
-Rearranged buttons on the right side of the menu
-Minor changes and polish to the menus
-Changed dialogue input binding: no longer tied to the jump, but rather to the interact button
-Improved controller menu navigation
-It's now no longer possible to deselect menu elements
-Re-introduced the alpha warning at startup, now with updated text
-Minor adjustment to the ara points system
-Some sfx is now spazialized
-Minor changes to animation transitions
-Changed the "Continue" button on the dialogue UI
-Minor improvements to level design of cava rattina. More accessible and easier to navigate
-Fech now snaps in place when using a crane. This makes it much easier to operate them
-Initial polish work on the river zone
-Several props were updated or completed
-New and improved leaf vfx gives better visual feedback and removes oddities of particles shining through objects
-Updated intro dialogs
-Small edits to the Aucritas intro
-Polished the aucritas intro skip (it's a fade instead of an abrupt cut now)
-Removed support for 4:3 and 5:4 resolutions
-The game defaults to windowed 1280x720 at startup now
-The game goes fullscreen on only the first screen if multiple are present
-Updated credits
-Size of the game was cut down by 25%, bringing the total size back to less than 200mb

FIXES:
-Fixed a non-sensical bug related to going back out from a rhythm ara
-Fixed bug that made outer geometry disable by default
-Fixed missing buttons on the right side of the menu
-Fixed minor animation bugs involving the roadmap card
-Fixed minor collision detection bug when Fech is standing
-Fixed jittery head collisions in the vast majority of case scenarios, greatly mitigated in the other scenarios
-Fixed small sfx and vfx bugs related to terrain detection
-Minor fixes to Fech's 3D model
-Fixed bug that would let the player begin the game without pressing the start button
-Fixed UI navigation bug that would lead to opening the menu while dialogue is displayed
-Fixed additional UI navigation bugs
-Disabled more interaction behaviours for while Fech is sleeping
-Removed ability to roll while sleeping
-Restored Fech UI animation for stamina restore
-Improved sync between menu startup and intro jingle
-Fixed bug that involved triggering zone music instead of the menu jingle at startup
-The game startup is now more reliable and optimized
-Fech running on all fours is now enforced at the start of rhythm arae
-Fixed a bug that would make Fech pick up dashing speed automatically after having run on a treadmill
-Fixed the camera turning incorrectly at the start of ara tuuti
-Fixed the respawn position in ara tuuti
-Using a pole now resets the ability to walldash
-Fixed all major design issues tied with simple cranes
-Fixed bug that would lead Fech to being unable to jump (thanks B0M)
-Fixed oversight that would make the obelisk pool respawn Fech inside the obelisk (and thus fall through the world)
-Fixed a major walldashing bug
-Fixed incorrect wheel calculations on the advanced crane
-Fixed bug that could lead to Fech falling through the ground on the very first playthrough
-Removed the unwanted ability to rotate the camera view during the game startup
-Fixed bug that would make the rhythm ara start transition sometimes not play in its entirety

KNOWN BUGS:
-Swimming is incomplete
-The advanced crane was temporarily made incomplete
-River behaviour is incomplete
-Rhythm ara is sometimes offset by 4 bars
-Uncommon bug that unexpectedly tilts the camera view after walldashing
-Some issues with sliding down walls of less than 90° while clinging to them
-Occasional camera collision issues
-Clipping through walls is possible in rare cases. More testing and/or improvements to the collision system are needed
-The new loading system needs a little bit of polish